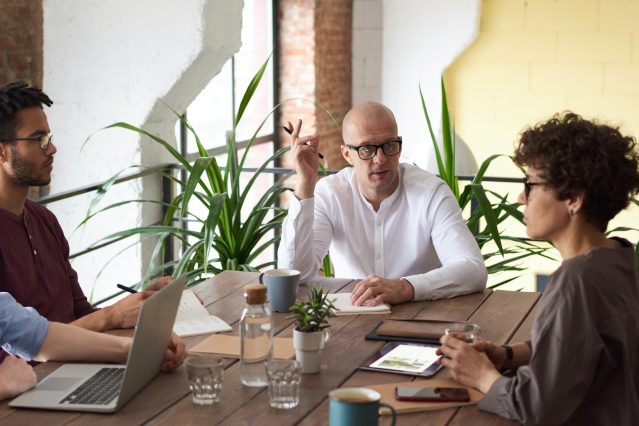 Why are there so few successful women in leadership? Glass cliff concept explained 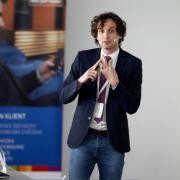 Although many male executives have been arguing for more than four decades that there is a need for “feminization of management”, only 11% of women on average are in management in companies across the EU. Breaking the glass ceiling seems to be impossible for many women, however, those who manage to do so face the next stage of discrimination. This concept is known as the glass cliff.

On November 5th, 2021, up to 150 supporters of Femme Palette attended an event in Prague, during which the first wave of discrimination – glass ceiling (i.e. invisible barrier that prevent women from getting into leadership positions) - was one of the main topics. Even though this term was coined in 1978, little has changed in management and board rooms since then and most leaders are still men. What is more important, once a woman gets in the leadership role, her performance is usually under scrutiny. Male counterparts and employees ask questions such as: How does she perform in comparison to a male leader? Is she better in her role? How is a company doing with women in top management?

The last question had led researchers to study such a hypothesis and they found out that companies with women in top leadership roles do perform more poorly in comparison to those led by men. They argued, however, whether the reason behind this is simply individual differences between women and men, or whether there could be other reasons for lower performance of these firms. After further investigation, researchers found out that women tend to be hired to top leadership positions at companies which are in a long-term crisis. As a result, leadership roles are connected to a high risk of failure. Such situation is known as the glass cliff.

Reasons for the glass cliff

Benevolent sexism is a situation in which men actively conduct steps against women to see them fail in leadership roles. This means that women are hired into positions that seem to be very attractive and full of opportunities, but are risky and problematic. What is even more remarkable, men present such positions as one life opportunity and suggest that by offering them these roles, they are actually doing women a favor. That leads to situations in which women who are approached by men can hardly say no to such offers. By hiring women in top management, men (usually members of a board) have two hidden agendas on their mind. The first one exposes men’s intention to misdirect and/or prevent women in further development. The second hidden intention behind hiring women is to protect men against accusation of discrimination while still controlling any organizational interventions headed by women.

Group dynamic is another reason for the glass cliff. This refers to the situation in which more attractive and less risky positions are solely offered to men from the boys’ club. On the other hand, positions that are risky and usually rejected by “chosen” men, are offered to women. This situation allows men to maintain the status quo of their group, because women aiming to get to top management cannot endanger roles that are “dedicated” to men.

In addition, men will never allow their comrades to fail in leadership positions.  A reason for that is that a man is perceived by our society as a main caretaker of his family, and therefore he must be protected from failure. A man’s failure would have a negative impact on his career, family as well as society. It is obvious that boys’ clubs will protect their members and navigate men’s careers into safer positions.

Long-term crises and failures of many organizations suggest that the current model of effective leadership is not sufficient/not functional/overrated. Therefore, it is time to invite a woman into a leadership role as a last option before a bankruptcy. By doing so, men know that there is nothing to lose, and it could be a win-win situation for a boys’ club. If a woman succeeds in her risky role, an organization will be better off. On the other hand, if a woman fails, men can have a scape goat to point a finger to as well as accuse her of incompetency. Hiring a woman into a leadership role is a great tactic for how men can create an impression of a progressive approach to leadership as well as attract attention that their organizations are going through progressive transformation. Such tactics indicate, however, that a company has on-going problems and women are appointed to roles in which there is a high level of fluctuation of men. Many men feel that instability and fluctuation offer an opportunistic space for bringing up a conversation about gender diversity in leadership roles.

Even though more and more women have been hired to top leadership positions within the last few years, their occurrence in such roles is still random. In addition, once a woman gets to the top, she still faces plenty of challenges and obstacles. This provokes a need for a debate, which should include not only supporters of gender diversity in leadership, but also the wider population to increase the awareness of discrimination in the workplace. However, would that be enough? Design thinking: How to come up with and test your idea in one week

Design thinking: How to come up with and test your idea in one week