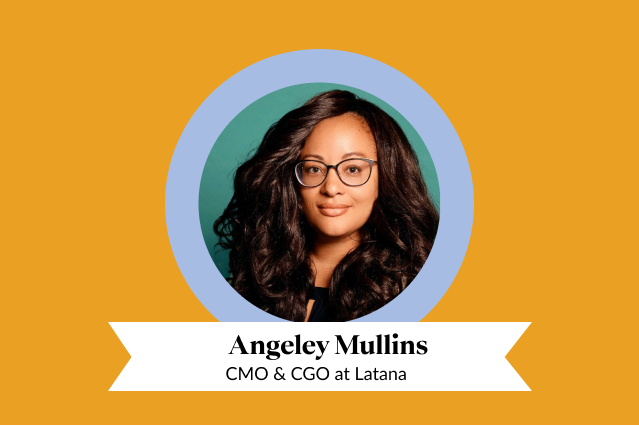 Women in leadership: an interview with Angeley Mullins

Angeley Mullins is an inspirational leader with 18+ years of international experience in start-ups, corporations, and NGOs. Her professional passions include growing companies and markets, and she’s now based in Berlin as CMO and CGO at Latana. We sat down with Angeley to discuss her defining career moments, being a successful woman in leadership, building diverse teams, and much more!

To start off, please tell us a bit about yourself and what you do.

I'm the CMO and CGO at Latana, which is a brand tracking and consumer insights platform.       I lead marketing and growth initiatives as well as stewardship of the commercial areas for the company. I have many years of experience in both e- commerce and B2B SaaS all over the world in many different markets.

What have been your top defining moments as a leader?

For me, it’s not necessarily a defining moment, but the realisation that perseverance is what matters. As any female leader out there already knows, you need to have inner strength and continually persevere in face of adversity. There are many situations that people take for granted in the business world. The many countries I have operated from have taught me that adversity is universal and sometimes you might be trading out one challenge for another. I have unfortunately seen many times where women have to do twice as well or work twice as hard to get the same type of recognition. This is what I would call a series of defining moments of having the perseverance that it takes to continually keep going and constantly overcoming adversity and different obstacles that you face.

You have international experience, and are now based in Berlin. Have you ever experienced culture shock in leadership? If so, how did you manage to adapt?

Absolutely! I have just recently adapted to the different work styles and communication dynamics coming to Europe. I find that in Europe there is a larger focus on the team dynamic versus the United States where it is more about the individual. Both systems have their advantages and disadvantages. In the European system I was originally surprised how in some circles it was not seen as an attribute to give out awards to team members or acknowledge the individual achievements of team members- there was much more of a critical attitude towards praise and acknowledgement of the individual. On one hand, the team dynamics seem to work better as I find culturally that the concepts of teamwork and cooperation are paramount. However this is at the sacrifice of individual achievement as well as business innovation. I find that in the European business culture there is less risk taking, and many European businesses are very risk-averse, which of course can stifle innovation. However in the American system it is very far towards the spectrum of individual achievement where an individual can be celebrated and innovation applauded, however with the sacrifice to teamwork and collaboration between teams. It creates a hyper-competitive environment, in which internal teams are so focused on competing against each other that it can impede progress or the company achieving its goals because teams are not working together. Of course this happens all over the world, however I have observed this happening much more in the United States as the hyper-competitive nature of the business environment produces brilliant and successful individuals however not as much team work and team cooperation as I have observed in Europe. However, the best thing about having experience working all over the world is being able to take the best of different work cultures and systems and apply them.

Another example would be the approach to time off. For example, in the United States, people have two or three weeks of vacation on average. In Europe, people have five, six weeks, and even longer. In the month of August, a lot of people in Europe are taking the whole month off. You just don’t see something like that in America, so it's a complete shock. It’s about understanding both sides and pulling the best out of both worlds.

Have you personally seen any differences between how leadership is practised between the US and Europe?

I have lived and worked in so many countries at this point in my career. What I have found is that leadership is about the individual leader and the decisions they make and how they choose to lead. Even though there are of course cultural differences, leadership is a choice and a behaviour. A leader choses a certain leadership style and it is up to that leader to make sure that they are growing the organisation and the people inside that organisation. Leadership is also about personality and emphasising your strengths. I have seen the common mistake where leaders try to emulate a practice in a certain book or methodology when it does not truly apply to their personality or nature. This falls apart easily if a leader is not embracing themselves. The best leaders I have seen are authentic- they admit their successes and failures, their strengths and their shortcomings. Being the best version of yourself tends to make you a better leader- no matter what continent you are on.

It’s often said about leadership that to succeed in the ‘boy’s club’, a woman has to become one of them. How can a woman counteract this and bring more feminine energy to the workplace as a leader?

This is a really deep question, because it's very controversial. In the past decade it seems that there was a push for a female leader to become “ one of the boys” in order to “ fit in”. However, as many women have experienced, this is not the right or sustainable approach because we were not celebrating our differences and using that as an advantage ( which is the entire concept behind diversity).  Now that is starting to change as more female leaders are learning that it is just fine to be a “woman in leadership” ; meaning you do not need to change your core beliefs or personality traits to fit in. There have been so many wonderful campaigns that reflect this positive change in attitude and approach with campaign slogans such as “ This is what an engineer looks like” to promote women in STEM or  another popular campaign, “Throw like a girl” to promote women in sports. The same needs to be reflected on a leadership level in business. In order to be a successful female leader then you need to embrace who you truly are.

Additionally, I want to make sure it's very clear that different personality traits that were traditionally assigned to either a woman or a man are not necessarily true. A female leader can be strong and assertive and be successful just as a male leader can be empathetic and caring and be successful. It's all about the combination of dynamics on a leadership team to make sure there is a mix of leadership styles, traits, and personalities. This is what's important in leadership, team culture, and work culture, especially building leadership teams.

The one thing I can say is that it can be difficult being a woman in leadership, especially when you're the only one. A lot of times in my career I have been the only female leader sitting in the conference room ( or virtual conference room). Many times, companies talk about diversity, however when looking at the leadership panel, it's a homogeneous panel and I’m the only one that looks different or comes from a different background ( unfortunately this is still quite prevalent in the technology industry) . Especially in the technology community, there's been a lot of “bro culture”. I have seen this very often in either the startup community or even the very established large enterprise cultures where there are male executives at the very top and not a single woman. The best thing to do here is to ask the leadership why this is happening and what they are doing about it. You hear many companies say “ they can’t find female candidates” however this is simply not true. The more females that are hired into leadership roles, the more examples exist and it will perpetuate into a more balanced leadership team. It’s about making sure that the leadership teams of both small and large companies reflect the customers they serve and make sure they have diversity of thought, background, and experiences in order to make well rounded decisions.

At Femme Palette, mentoring is our passion. Was there someone during your career who was a mentor to you (maybe just informally) and helped guide you when you needed support?

Yes, I definitely have. One of my favourite mentors is a woman who was an executive at some very well known F500 companies in the past 20 years- she's retired now. She had a much more difficult time in her career, reaching the top and going through things that we can't even imagine now. It's really good to be able to bounce your experiences and ideas off of someone like that, because they can give you so much perspective.

I’ve also had mentors that are in other fields and other disciplines. I believe that's important, because you sometimes need somebody outside of your industry or business circle to add a different dynamic. The best kind of mentor is someone who's willing to be very open and honest about their experiences, and not just to tell you, “If you just work hard, everything's gonna work out for you”, but to be really authentic about the challenges you're going to face. These are some of the things that I really benefited from when having a mentor. I would tell every woman to have both female and male mentors. I've had great male mentors as well who have been very open and vulnerable about their experiences.

What should established leaders do to ensure greater diversity of future leadership?

Primarily I would say it's important to think outside yourself. In order to do this you have to have inner reflection - be critical and self reflective on the things that you do well, and the things you don't do well.

Secondly I would say go outside your comfort zone. Start to hire people and interact with people that don't look like you, sound like you, or have similar names. A great tip that is often overlooked is when you're reviewing CVs, look at people's names that you can't pronounce ( or make sure that the name is removed from the CV altogether) . Start to get your mind in the habit of interfacing with people who are very different than you are. There's a lot of data that shows that  people tend to hire and associate with people that look like them, act like them, or come from a similar background. That has been the pattern that has created such homogeneous work environments ( where everyone's the same) in the past.  In order to break that cycle, you have to be outside of your comfort zone to force it to happen. 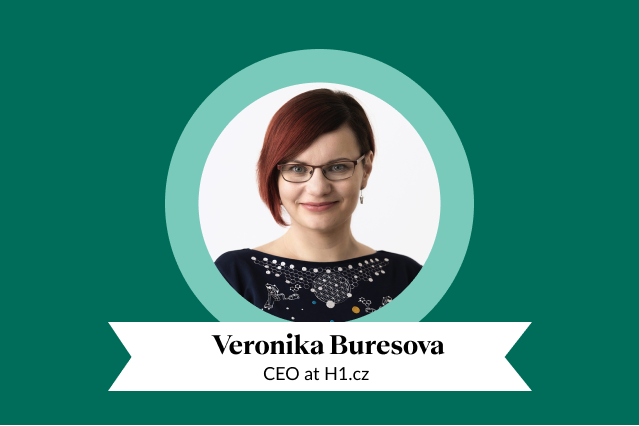 Five experiences from life: How to advance and not burn out

Five experiences from life: How to advance and not burn out 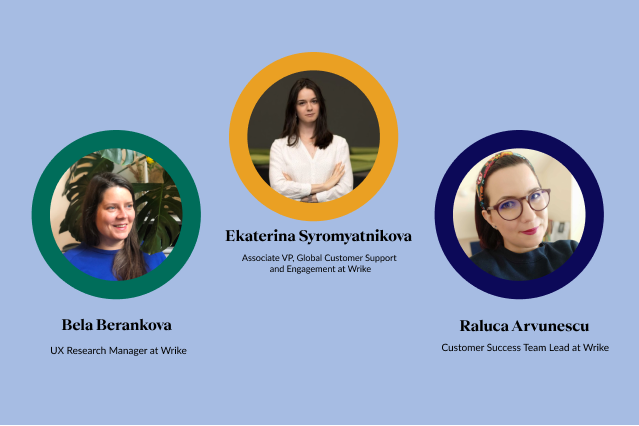 Pivots: stories from women at Wrike who changed career paths

Pivots: stories from women at Wrike who changed career paths 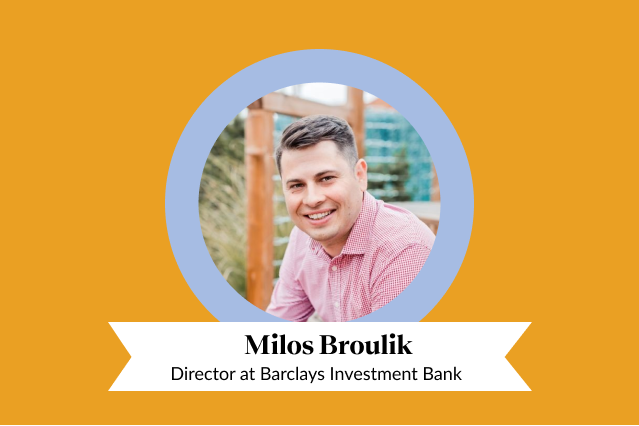